Akosua Adoma Owusu is a Ghanian-American filmmaker, producer, and cinematographer whose films and installations address the collision of identities. Often combing personal ethnography and cultural representations of beauty in her work, Owusu transitions between avant-garde cinema, fine art, and African tradition. Her work ranges with its varied use of archival material, direct animation, and staged scenes to examine the construction of historical memory and cultural identity. Her solo exhibition will present for the first time together the three works that comprise her “hair trilogy”–adapted for a full-room installation.

This exhibition is supported by The Helis Foundation and Sydney & Walda Besthoff. Additional funding is provided by the Visual Arts Exhibition Fund with generous contributions from The Azby Fund, Bryan Bailey, Valerie Besthoff, Walda & Sydney Besthoff, Anna & Scott Dunbar, Kendall Winingder and Patrick Schindler, Aimée & Mike Siegel, and anonymous donors. This exhibition is also supported in part by a Community Arts Grant made possible by the City of New Orleans as well as by a grant from the Louisiana Division of the Arts, Office of Cultural Development, Department of Culture, Recreation & Tourism, in cooperation with the Louisiana State Arts Council, and the National Endowment for the Arts, a Federal agency.

Born 1984, Akosua Adoma Owusu is a Ghanaian-American filmmaker whose films address a collision of identities, where the African immigrant located in America has a triple consciousness. Named by IndieWire as one of the 6 pre-eminent «Avant-Garde Female Filmmakers Who Redefined Cinema», she has exhibited worldwide, including at the Centre Pompidou, Berlinale, Rotterdam, Locarno, Toronto, New Directors/New Films (NY), and London (BFI). She was a featured artist of the 56th Robert Flaherty Film Seminar programmed by renowned film curator and critic Dennis Lim. Her film Kwaku Ananse won the 2013 Africa Movie Academy Award. Her latest film White Afro won the Medien Patent Verwaltung AG Prize at the 2019 Locarno Film Festival.

Her work is included in the collections of the Whitney Museum of American Art, the Centre Georges Pompidou and the Fowler Museum at UCLA. She has received fellowships and grants from the John Simon Guggenheim Memorial Foundation, the Knight Foundation, the Westridge Foundation, Creative Capital, the MacDowell Colony, the Camargo Foundation, the Goethe-Institut Salvador-Bahia and most recently from the Residency Program at the Villa Sträuli in Winterthur. Currently, she divides her time between Ghana and New York, where she works as a Visiting Assistant Professor at the Pratt Institute in Brooklyn. 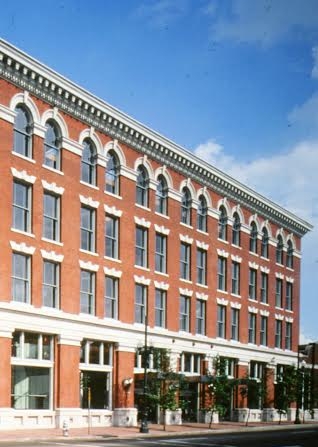