JONATHAN FERRARA GALLERY proudly presents the third solo exhibition at the gallery of New York City-based artist, Margaret Evangeline, entitled Eight Love Letters, Heloise to Abelard. The exhibition unveils Evangeline’s most recent suite of paintings which express a departure from the artist’s characteristic, post-minimal style. In the new work, Evangeline employs her ever-popular motif of the Camellia flower though with a very different treatment of this subject matter than found in her past work. Shifting from the very popular, singular and minimal camellia paintings that Evangeline has been creating for more than 10 years of her 40-year career, the new compositions are filled and patterned with numerous smaller flowers. The exhibition will be on view from 18 July through 25 August 2018 with an opening reception coinciding with the Arts District of New Orleans’ (ADNO) First Saturday Gallery Openings on Saturday 4 August 6- 9pm, in conjunction with the art season kickoff event Hancock-Whitney White Linen Night, which brings over 50,000 patrons to the Arts District.

The artist elaborates on the inspiration for this exhibition . . .

Letters, A Poem, A Play

Many influences over a lifetime have shaped the paintings that are now on view at Jonathan Ferrara Gallery in New Orleans. These works are the most synthesized that I have ever produced as they combine my attraction to asymmetry matched by an underlying sense of order (an order that has strayed and gone awry).  These works are as colorful as any that I have produced. I see their individual units made of numerous micro-gestures as somehow related to texts, linguistic units and syntax. This is a lexicon derived from the body rather than from linguistics. Most importantly as I began to organize the small camellia gestures on grids these gestures began to remind me not only of a language emitting a certain low-pitched frequency of the heart, of the soul, of the mind.

This guttural visual language coalesces into invoking three overlapping influences from my past: the first are the love letters between the 12th Century lovers Heloise (an abbess, writer, scholar) and Abelard (theologian, logician, philosopher); the second is late nineteenth century poet Gerald Manley Hopkins’s poem, Pied Beauty, which paints with words the manifest beauty that is in the deeply honest nature of disharmonious markings.

Whatever is fickle, freckled…”?

And thirdly, Robert Wilson’s original play Persephone which I saw in 1994 at Guild Hall in East Hampton, while I was transitioning from New Orleans. I vividly recall Persephone’s prologue in Greek that broke my heart and it remains unforgettable to me.  The strange genius of Robert Wilson’s performances with their silences and stutterings resisted easy readings, became non-interpretable by logic while still being expertly stage-crafted and lit as a holy ceremony.

The languages of these works from other ages bypass all the logical grids and nets of my particular consciousness. Still their meanings get caught and stick somewhere visceral, so much so that they always give me pause, ideationally-speaking.  And such interruption inevitably causes me tears. For this reason as the rectangular canvases took shape as love letters I was happy with the new direction they were taking me on, carrying me through the stops and starts from an honest state of not-knowing to an equally undeniable and exciting condition of utter astonishment.

Margaret Evangeline was born in Baton Rouge, LA in 1943. She received her MFA from the University of New Orleans (UNO) in 1978, where she was the first woman to graduate from the program. Margaret studied with Calvin Harlan who introduced her to Robert Bly, a visiting artist to UNO. Bly’s translations of Kabir, the 15th century mystic poet, have influenced Margaret throughout her career. After receiving her MFA she established her painting practice in New Orleans. Over her 40-year career, she has consistently shown biannually in the Arts District New Orleans, commencing at Gallery Simon Stern in the early 80’s, exhibiting with various others since, and moving to Jonathan Ferrara Gallery in 2014. She founded and developed the Fine Arts Department and Gallery Program at Delgado Community College, where she continued to teach painting and life drawing courses until moving permanently to New York City in 1992.  Evangeline established her studio practice in Chelsea in 1995 where she worked until 2015. Currently her studio is in Sunset Park, Brooklyn, at Industry City.

In New York City, Margaret was represented by Stux Gallery (later Stux + Haller) until their closing in 2016. Important exhibitions in New York included her videos as well as paintings, especially on the effects of Hurricane Katrina on family and friends. Her first monograph, Margaret Evangeline, was published by Charta in 2011. The project book Sabachthani (2012) documented a venture done in collaboration with servicemen in Iraq. This book led to the exhibition Sabachthani at The Eli and Edythe Broad Museum at Michigan State.  The installation was subsequently purchased by the museum. Some important group exhibitions throughout this period include: The Drawing Center, ACA Galleries, Taipei Fine Art Museum, Delaware Center for the Contemporary Arts, Art in General, and White Box Gallery. Some important solo exhibitions throughout Margaret’s career include: Shaw Center for the Arts, Louisiana State University, Palm Beach ICA, The Rose Art Museum of Brandeis University, The Ogden Museum of Southern Art, Paul and Lulu Hilliard University Museum, and Olin Gallery of Roanoke College. Important site-specific permanent installations include: The Fields Sculpture Park, Omi International Arts Center, and Michigan State University.

Margaret Evangeline was commissioned to make a site-specific painting in 2018 for Neevelgarde Building, Nieuwegein, Netherlands, and for 50 West a new residential building in Manhattan. Other commissions include a sculpture installed in London on the River Thames across from the Tate Modern. Her work is included in private and public collections in Australia, Canada, China, France, Ireland, Saudi Arabia, The Netherlands, and the UK.  She has participated in Art Fairs in the U.S. and Europe. 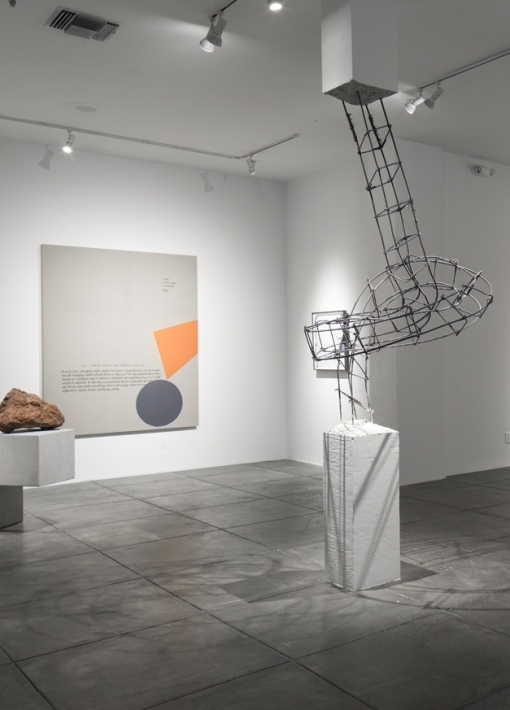