Luna Fine Art Gallery at The Mercantile is featuring artists, Patterson & Barnes and Christian Vey, courtesy of Angela King Gallery from August 3 through November 27, 2019. To view more of their works, visit the gallery at 241 Royal St. in New Orleans.

PATTERSON & BARNES met in the late 80s while studying in Alabama under Bill Yeager.  During this time they painted separately and critiqued one another’s work. They first collaborated in 1990 and soon developed a series of paintings based on jazz and blues musicians.  This series was born from their mutual interest in these original American art forms and the emotional power they expressed.

What makes the paintings even more unique is that each painting is a collaborative effort between Patterson and Barnes.  They feel that an individual work is enriched by the infusion of their personal creativity, interests and past experiences. Their paintings capture the powerful and expressive feelings conveyed in the making of jazz and blues. Their compositions incorporate the use of many mediums including acrylic, watercolor, India ink, collage and constructions.  The expressiveness of many of their paintings is heightened by the evocative use of a purposeful exaggeration and abstraction.  The use of musicians best lent itself to this approach.

Their popularity extended to private and corporate collectors including Jimmy Buffet, Chris Rock, Peter Weller and Whoopi Goldberg.  They have created commissioned paintings for the Country Music Association headquarters, House of Blues blues clubs, B.B. King’s Blues Clubs and the Hard Rock Casino-Hotel.  In addition, the McIlhenny Company, makers of Tabasco brand pepper sauce, commissioned Patterson and Barnes to create a painting for the cover of their Tabasco Cookbook.

Their work will be up through August 22.

The French artist CHRISTIAN VEY defines himself as a "self-taught painter". Indeed, at the age of 26 on a rainy day in Brittany he discovered painting at an art gallery. He experienced an intense emotional response and immediately decided to dive into the practice of making artistic creations. Reconnecting with the world of emotions, when the artist makes his artwork he feels the sensations of movement, speed, instantaneity, and spontaneity, which are so dear to him. Wanting to “see things to their end," Christian Vey considers using colour, the symbol of energy, as the raw material for his work.

He is a music enthusiast and loves jazz more specifically, which he appropriates in this world and translates into painting, with strokes, lines, and dashes. Much like a musician playing his sheets of music, the painter deploys his world, populated with artists, women and crowds moving about, in his compositions, which lie somewhere between abstraction and figuration.

On the background of music, his characters move about, much like the artist himself who travels between Vienna, New York and New Orleans. He uses a knife to apply the oil paint, which compels it to incarnate the fleetingness and dynamism of movement. Christian Vey captures the urban jungle, musicians playing on a stage, women with wind in their hair, the energy of life, of beauty, of creation, with a gesture that is free, carried away, inhabited and full.

His work will be up through November 22. 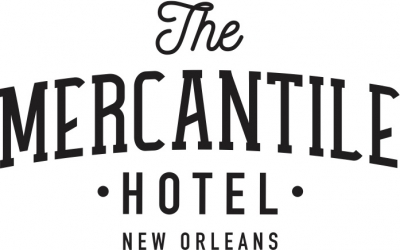