Architectural renderer for such legendary, influential architects as I.M. Pei, Japanese born CHIZURU MORII KAPLAN is a painter who now resides in New York City. For two and a half decades, after studying architectural and interior design in Tokyo, Chizuru worked as a freelance architectural renderer in Tokyo, Chicago, and New York for renowned architects including I.M. PEI, whose iconic structures dazzled the world, among them the pyramid of Le Louvre in Paris, the Museum of Islamic Art in Qatar, the Rock n Roll Hall of Fame in Cleveland, Ohio and the East Building, the National Gallery of Art in Washington D.C., to name just a few.
In 2007, Chizuru Morii Kaplan studied watercolor with Paul Ching-Bor at the Art Student League of New York, and she subsequently won a fellowship from the League for study at the Paris American Academy. Chizuru has won numerous awards and her paintings have been regularly exhibited in New YorkCity, at the National Arts Club Gallery, the Salmagundi Club, the Bertrand Delacroix Gallery as well as the Springfield Art Museum in Springfield, Missouri, among others.

Her work has been repeatedly featured in SPLASH, the Best of Watercolor, and in The Artist’s Magazine. In the October 2014 issue of Watercolor Artist Magazine, the critic Sarah A. Stricken wrote, “painting from dark to light with a nary of
hard edge in sight, Chizuru Morii Kaplan breaks with tradition to bring out the best qualities of watercolor in her surprisingly detailed architectural paintings.” 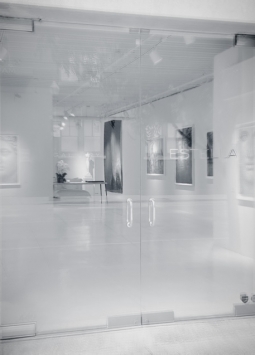