Octavia Gallery presents Environmental Studies, an exhibition of recent works by New Orleans artist William Monaghan. This will be the first exhibition in Octavia’s new 3000 square-foot gallery space at 700 Magazine Street in New Orleans, marking a new chapter for the eleven-year-old gallery founded by Pamela Bryan.

Instructed in the Bauhaus tradition at Yale University in the 1960s, Monaghan was trained in the studios of Buckminster Fuller and William Wainwright. After three decades in the Northeast, Monaghan returned to his native New Orleans in 2005, just days after the levees collapsed. Over time, Monaghan’s practice engaged on a material level a city confronted with ecological disaster. His recent work employs discarded objects, industrial fabrication methods, and precise painting techniques to make classic art projects of color, light, and picture plane that challenge our relationships with the histories, functions, and futures of everyday objects.

For Environmental Studies, Octavia presents 23 of Monaghan’s recent works, which range in size from 12”x12” to 96”x96.” Each piece enlists domestic objects and industrial debris: air vents, wire fencing, cans, corrugated siding, clothing, and endless other discarded items collected across the New Orleans landscape. The materials are sandblasted and affixed to panels in arrangements that resemble the complex geometries of the scrap yard. While retaining the narratives of industry, death of industry, consumption, post-Apocalypse, post-Katrina, etc., the materials are also chosen for their formal potentials: circles and curves intersect rectangles, crushed sheets of metal create coruscating paint patterns, zig-zags and straight lines start and stop in ways that create a sense of movement, turmoil, and disorientation.

The compositions are first painted in monochromatic hues (green, magenta, silver, etc.). A second coat of paint in a different color is airbrushed across the canvas at a consistent angle, falling onto the materials in a way that imitates directional lighting. When this “painted light” conflicts with the actual lighting of the space, the effect is both ethereal and unsettling–manipulating perceptions of depth, the picture plane, foreground and background, and, ultimately, how we engage with commonplace (now-unwanted) objects.

The larger works in the show contain forms fabricated by Monaghan that replicate, at large scale, the mangled shapes of the smaller discarded objects. By meticulously recrafting these shapes and bringing each fragment into sharp relief, Monaghan honors the integrity of the original objects (intention, design, production, function), discovers techniques used by the people who made them, draws attention to its existence and obsolescence, and alludes to object agency. For example, the object within the composition determines paint application and is a vital element in the art making process; more conceptually, the discarded object is an agent of environmental destruction–i.e. waste inundating the planet.

The work in Environmental Studies, and the evolution of Monaghan’s practice in general, is the result of an on-going pursuit of skills, crafts, and attentions that are useful inside and outside the art world. Enlisting materials simultaneously for their formal, conceptual, and political potentials, the works establish a call-and-response between the lifespan of materials and their repositioning as art objects, between labor and artistic production, and between our industrial past and the future of our planet.

New Orleans artist William Monaghan was instructed in the Bauhaus tradition at Yale University in the 1960s and was trained in the studios of Buckminster Fuller and William Wainwright. He began to incorporate industrial fabrication methods into his practice in the 1970s, when he established a studio in a sheet metal shop in Somerville, MA. These processes remain a critical part of his practice today. After several decades in the Northeast, Monaghan returned to New Olreans after Katrina, established a studio, and co-founded with his daughter, Build Now, the largest non-profit home builder in New Orleans, which constructed socially and environmentally-responsible houses for those whose homes were destroyed by the Hurricane.

Monaghan’s work has been exhibited at Institute of Contemporary Art, Boston; Aldrich Museum, Boston Architectural Center; Contemporary Art Center, New Orleans; and Ogden Museum of Southern Art. It has been featured and/or reviewed in ArtNews, HyperAllergic, Cultured, Introspective Magazine, New Criterion, The New Orleans Advocate, and The New York Times, among others. Monaghan holds degrees from Yale and Harvard Universities and lives in New Orleans with his family.

Octavia Gallery presents the works of emerging and mid-career artists whose practices are informed by both a distinct cultural heritage and an ever-widening global perspective. The gallery was founded in 2008 by Pamela Bryan in New Orleans. In 2014, it opened a second location in Houston and, Fall 2019, it began seasonal exhibitions in New York. 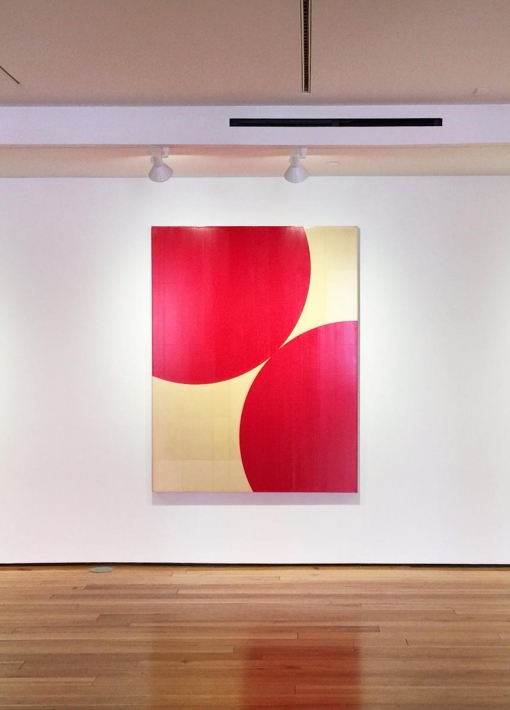